Annejet van der Zijl (b.1962) is one of the bestknown
and widely read non-fiction writers in the
Netherlands. She debuted in 1998 with Jagtlust,
and has written bestsellers such as Sonny Boy and
The American Princess. Van der Zijl was the Book
Week author in 2020 and wrote the successful
Book Week Gift Leon & Juliette. 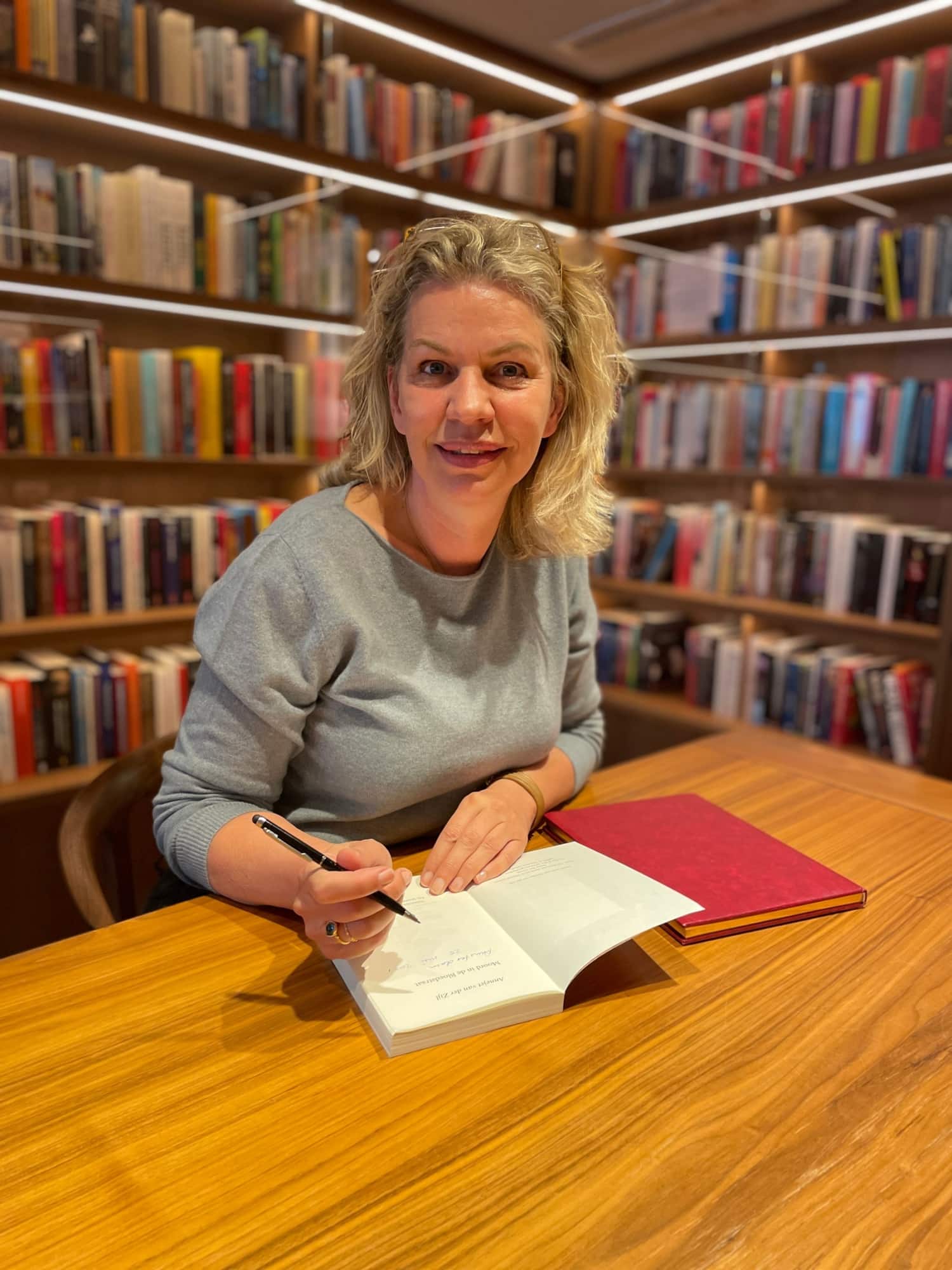 This was the time that the world had been locked, and the city had come to a halt. But the hotel would only really close when there wasn’t a single guest left. And there was.

He was a frequent visitor — a man with an aristocratic name and a life that could rightly be called rich: a glistening diplomatic career, a stable marriage, a close circle of friends, and children who brought honour to the family name. A full life too. Obliged to be aristocratic, and likewise successful. And that’s the way your time passes.

He checked in for four nights, when the trees along the canal were still bare. Just at that moment, the world flipped on its axis and the borders were closed. He told the receptionist that he would be staying longer. The crisis went on, the other guests disappeared, the hotel staff continually shrank.

The receptionists now cycled in their masks through the city like food couriers, the manager took the night shift, and out of boredom, he made ghosts out of lamps and hotel sheets.

When the trees along the canal shed their leaves once again, and the city readied itself for the darkest and quietest winter in human memory, he was still there. Time hadn’t stretched out this endlessly since he was left to his own devices as a boy on his grandparents’ estate, in the school holidays. And there was so little he needed to do. The word ‘solitude’ had such an enchanting ring to it. Life was so magical and full of promise.

He now drifted through the seventeenth-century canal-side houses that together formed the hotel. He studied the impressive art collection on the walls. He browsed through the thousands of books signed by their authors, which were the pride of the hotel, and which had been a reason to choose this hotel. Because he loved to read, even though he rarely had time for it in his daily life. But now, he had all the time in the world. And he read. He lived the lives of others, he disappeared into unfamiliar worlds. He took pleasure.

Spring came. Once again, boats sailed along the canal, and from the improvised terrace in front of the hotel, there was the sound of cheerful chattering. The borders had once again opened, and he increasingly frequently heard sounds from the rooms around him. And finally, he packed his cases too, and returned to his so successful, full, rich life, to the discussions at Westminster, the family dinners in Chelsea, the garden parties on the Thames. People patted him on the shoulder and said how jolly good it was to see him again. He smiled agreeably, yes, it is simply wonderful.

But now and then, his gaze would drift away. And he’d dream of his lost kingdom — the empty hotel, the silent city, the books, and himself.