The historic heart of Amsterdam is known for its beauty throughout the world. The canals with their stately seventeenth-century mansions contribute to Amsterdam’s traditional charm and are also appreciated as an important part of our cultural heritage. In 2010 the canal district was added to the UNESCO World Heritage List. The placement on this list signifies international recognition of the unique value and beauty of the canal district. During both summer and winter, the enchantment of the canals attracts many visitors from all over the world.

One of these canals, the Herengracht, was excavated in 1614. The Herengracht is the most prominent of the three major seventeenth-century canals, the two others being the Keizersgracht and the Prinsengracht. The Singel canal is part of Amsterdam’s earlier medieval canal system and is the location for some other buildings belonging to the Ambassade Hotel. 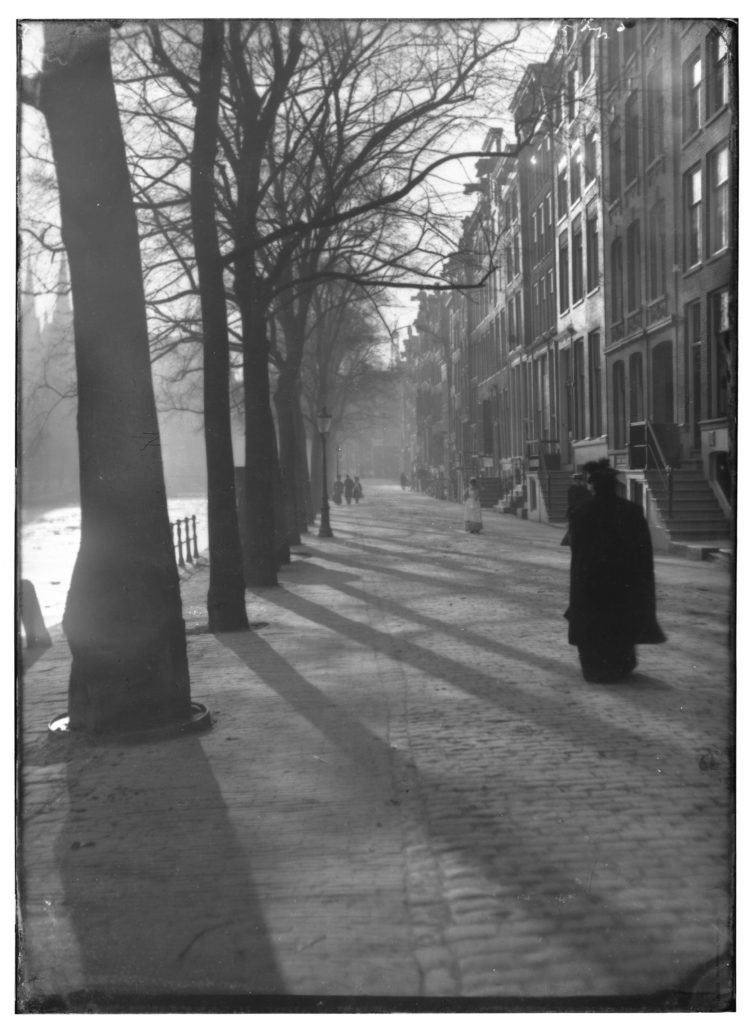 In the distance you can see the houses of the Ambassade Hotel on the Singel side.

The odd-numbered side of the Herengracht where the Ambassade Hotel is located is where the older houses are found. After all, this side had already been developed before the excavation of the three main canals. Like the Singel, the odd-numbered inner side of the Herengracht actually belongs more to the medieval part of Amsterdam where people of all ranks and classes lived and worked side by side. The new canal was intended to form a division between the newly rich and the middle class. This division between the classes is also easy to see from the water. The old Singel is an inland harbour with wooden drawbridges to allow large ships and their merchandise to pass through. The elegant Herengracht, on the other hand, is graced with brick bridges that allow only the smaller pleasure boats and boats delivering goods.

The houses built on the canals are distinguished by their characteristic gables; the front part of the roof. The houses built during the earliest stage of the canal excavations typically have the old-fashioned step gables that look like steps, or spout gables that slant upwards to one “platform” at the peak. About 50 years later, houses were being built with the somewhat richer-looking neck gables that resemble a neck with a collar, or bell gables that look like a bell, and for the wider houses there were cornice gables that just went straight across. During the eighteenth century, a classic frontispiece or an attic with balustrade often replaced these older gables. By this time, more people were living in one area of the city and working in another.

In 1953, more than three centuries after the Herengracht was created, the first house of the Ambassade Hotel was established in the building at 349 Herengracht.

In the nineteenth century, revivals of classicism and the Renaissance as well as other styles dominated the cityscape. The nineteenth-century fashion of placing the entrance at ground level (and thus removing the elevated entrances) also had a great impact on the appearance of the houses lining the canals. A raised entrance in front of a house with a nineteenth-century gable often indicates that the main part of the building is much older.

It was also in this period that large-scale buildings started to be constructed. This phenomenon continued, particularly into the first quarter of the twentieth century when a lot of demolition work went on in favour of banks and offices wanting to expand their accommodation. As this tendency continued, the relationship between where people worked and where they lived took yet another turn. The buildings on the Herengracht are now a mixture of seventeenth, eighteenth and nineteenth-century styles with a twentieth-century building occurring here and there.

When the canal was first excavated, it was not meant for transport or to provide a pretty view. Old prints show very few boats, and there were no ships moored anywhere along the canals. The primary objective for creating the canals was to drain the soggy soil for construction purposes.

Even so, having the water has proven handy as well as adding beauty. The canals became even more attractive when the trees planted soon thereafter grew to arch gracefully overhead and cast lovely shadows beneath. Unfortunately, they made loading and unloading cargo from boats more difficult.