Ian Buruma (b.1951) is an internationally renowned
essayist, historian and Asian specialist. The Churchill
Complex, about the rise and fall of the Anglo-American
order, appeared in 2020. In September 2021, he published
After the Murderin Amsterdam, about the murder of Theo
van Gogh and the consequences for the Dutch debate on
the multicultural society. 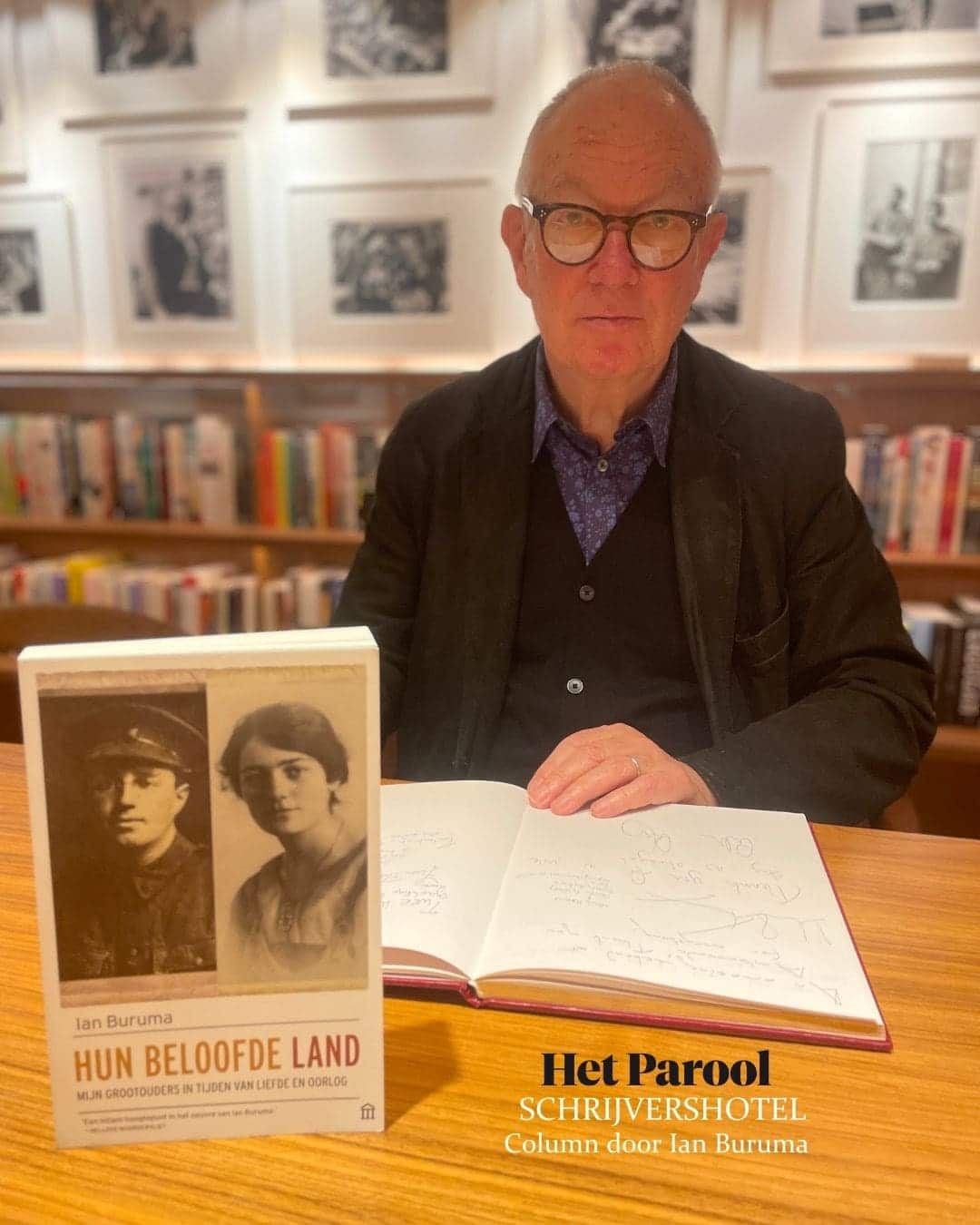 I know I shouldn’t be saying this, but I already feel a little nostalgic for the early Corona age: the empty planes, never having to wait for your luggage, a wonderful old city centre with no tourists, and delightful days and nights at the Ambassade Hotel. I shouldn’t be saying this because millions have died of the pandemic.
My nostalgia rests on great privilege: I am in reasonable health, I have enough money to get by, and I’m a writer.

The Corona age was a good time to write books. You had all the time in the world to read and write. The gigs that you say yes to, out of listlessness, or greed, or vanity, conferences and such like, were all put on hold.

Some people I know said it felt as if time had stood still, or as if their sense of time had been warped. This is an illusion, of course. Time never stands still. The world keeps on turning, even during a pandemic. But the pandemic takes away another illusion: namely, the idea that you can control time, or to put it another way, that you can control yourown life.

Even under ‘normal’ circumstances, we are the playthings of fate, but we prefer to forget this. Through a series of everyday, and often unconscious,rituals, we give ourselves the impression that we have our fate — and our time — somewhat under control.The unpredictability of fate in a pandemic makes this harder to pull off.

People start feeling anxious. They become neurotic. A psychiatrist friend in New York told me that he’d never had so many patients before, and we’re still far from the end. People do all sorts of things to recover some sense of control over their lives. Some do this by hiding away, by going underground in their own home, as it were. Others seek salvation in conspiracy theories. If everything can be explained as a plot by Bill Gates, then we can deal with life a little better.

Writers already do this naturally. Fiction is a kind of conspiracy theory: the confusion of human behaviour is fitted into the new order of the literary imagination. But non-fiction, too, is a way to create order in the chaos of the world around us, and the disorder of our private lives.

While disease raged around me, I loved to flee into the imaginary world of French writers of the nineteenth century, or the Japanese of the early twentieth century. I also took pleasure in creating a world of my own on my laptop through words, to dispel the unpredictability of life for a little while. But everything has to come to an end. I want the pandemic to be over. It’s been enough. Not least because I’ve started hankering after those little gigs that I mostly say yes to out of listlessness, or greed, or vanity.